It's All Fun and Games Until
Someone Loses an I(nvestor) 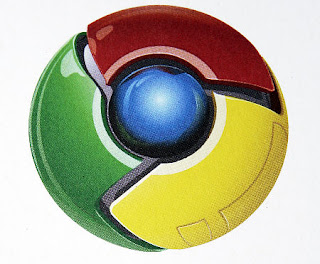 My take? My very own personal and completely unscientific .02?

This is a really big deal. And this is not about the OS. If you're in doubt, just compare prices between the next full version of Windows and present full version Microsoft Office. Operating systems are commodities. Except for rabid Mac users (myself included), most people don't care as much for their operating systems as they do their digital photos.

People just want to be able to get to their "stuff".

Now add to that:
"People just want to be able to get to their "stuff" - anywhere."

What's really happening? By offering people the ability to create documentation, presentations, spread sheets, email and so on over the web, Google is getting people used to the idea that they can in effect, *trust* the Cloud. Ubiquitous access. Compute intensive. Software as service.

What's really, really happening? People are getting used to trusting the Cloud for design. Basically, Google is begining to tackle the commodity design and collaboration space, which is a really big deal to AEC. Google is quietly usurping:

So here's the really big deal: suppose you really, really want to disrupt the AEC market? You go after BIM, right? Nope. CAD. All over the world, CAD is the ubiquitous, commodity design space. And getting CAD into the Cloud will require a lot less lifting, while creating a lot of valuable feedback that could eventually spill over into BIM. So what if Google took a tool like IntelliCAD and hosted it in the Cloud?

Well, that would leave us with:
*CAD? AutoCAD = "GoogleCAD". Stupid name, but you get the idea. In the Cloud. Software as service. Multi-platform. Free.

Sure - the really big companies won't trust it (at first - or as soon as it starts to really cost them business). But in the meantime, the vast majority of design firms are only around a dozen people. Firms that size don't make have phone calls to schedule conference calls to schedule meetings. They just decide.

What's really unfortunate? While ADSK has been busy polishing their cross platform UI so people would hopefully use (i.e., buy) more stuff across platforms, Google has been taking the keys to the kingdom. It's never been about which CAD is better. It's always about who controls distribution. And distribution via the Cloud is really, really disruptive. And Google is owning the Cloud.

Don't think you'll ever trust the Cloud? Try pointing to where your email lives. Or your text messages. Or your Netflix Watch Now movie. Or your Facebook/Twitter/LinkedIn/Webpage/YouTube Channel/Blog/etc. You don't know where they live - hardly anyone does. But it still works.

The irony is the unintended consequence of concentrating on a "Common Look and Feel" hasn't seemed to motivate the masses to move to Revit. It's as if just the opposite has occurred. The forums aren't full of AutoCAD users rejoicing about how easy Revit is to master now that the buttons look the same. If anything, the buzz is no longer buzzing. It's as if that sound a car makes when you've got the pedal all the way to the floor has been replaced by the quiet rush after you lift your foot and start to coast.

Why no mass migration to learn Revit? I'm convinced the thinking has gone something like this: "Heck - all these tools look the same now anyway. So now I can learn to use Revit anytime I want. So what's the rush? ZZZzzz..."

In other words, rather than maintain a sense of urgency by concentrating on the unfamiliar (BIM), ADSK has created a sense of complacency by emphasizing the familiar (CAD). It's not that it isn't easier to move over to Revit - it's just more comforting to stick with AutoCAD. Who's idea was this?

And in the meantime, I believe CAD is about to get very, very interesting.

My suggestion? Stop polishing the "Common Look and Feel" bumpers, get back in the car, turn the key and put the "Features and Functionality" pedal down to the floor as fast as possible. Because the next exit up ahead is BIM.

And Google is fast approaching.
Posted by Phil Read at 2:31 AM

Also, I've been trying to determine what that logo looks like and it finally hit me reading your post.

It's clearly the love-child of Simon, and the HAL 9000. Deliciously megalomaniacal, and yet you just can't stop pressing the bright, shiny buttons.

Google has showed some of the cards their holding, or as you say the keys to the kingdom - although no one ever gets to keep those for very long. Still, I grabbed my GV number today. Google is sort of like a crack dealer. When does free go away? I hope never.

Google is taking over and actually I'm glad. So far they have made the interwebs easier for a lot of people.

Chrome might not replace windows as the OS of choice for business. BUT it will be nice to have a viable option. MAC has never been a choice.

This is the future (for some, the present). The vast, vast majority of computer users don't need anything more than what is already being offered by the Chrome OS and other online web apps (e.g. Quicken Online, Sumo Paint).

However, I think it's a long, long way off from greatly affecting the CAD market... other than maybe keeping data files in the cloud.

Great point about the "unified" Ribbon UI. Autodesk junked one of Revit's greatest assets - the Revit Classic UI - in favor of lowest-common-denominator drivel. It just makes me so sick every time I have to think about it.

Yes, but perhaps the bigger question is why "trust" Google, what happens if that changes?

Some of teh most concise insight I've seen in a while...

Microsoft – the king of paid software – will announce today that it is going to give a version of Office away for free online. Both the online and desktop versions are scheduled to arrive in the first half of next year.

Google seems to dabble in many things but seeming doesn't take them that seriously except their search engine and marketing money from it. See this article especially the end related to this quoted below http://www.cnn.com/2009/TECH/07/08/google.chrome.os/index.html


The Silicon Alley Insider says success of the operating system is "far from guaranteed."

Reporter Henry Blodget writes that Google's operating system could go the way of the Chrome Web browser -- which has turned out to be more of a niche product rather than a true rival to Microsoft's Internet Explorer.

"Google's browser initiative, Chrome, has been a fun little science project, but as a product it has been a flop," Blodget writes.

"The same can be said for almost all of Google's non-search products. If Google wants to have a chance at success in this business, it needs to focus on it with the same intensity it once put into search. This will be challenging for Google, which, for the last several years, has had the luxury of dabbling in whatever it pleases."

Well articulated. I'd like to take it a step further. The onslaught of "web free" may finally force vendors to charge for software consistently, ie. according to usage. Just like water or electricity. While I am not afraid of Google becoming the next big BIM vendor, it's presence may just trigger others - most notably Autodesk to start being fair and open in pricing.

In my mind Revit is not gaining because it is HARD to use. There are a lot of long faces out there who cannot find enough joy in it to keep pushing for long enough to pass the critical point. They all love the concept, but delivery is painful.

I recently came accross your blog and have been reading along. I thought I would leave my first comment. I dont know what to say except that I have enjoyed reading. Nice blog. I will keep visiting this blog very often.